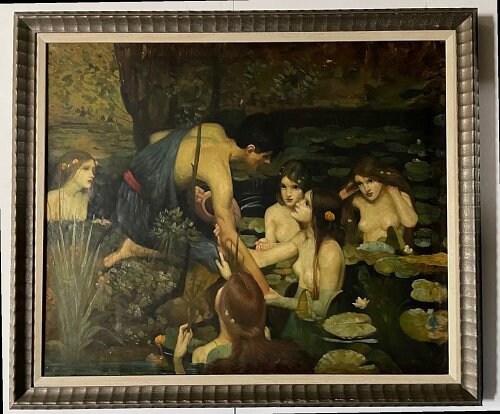 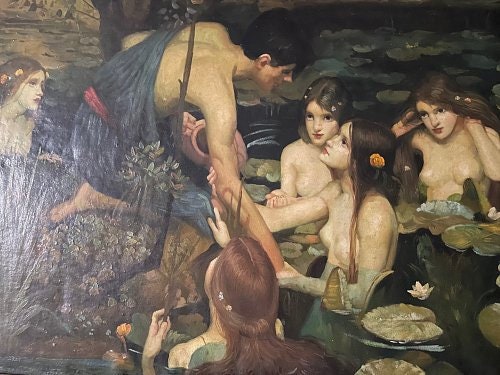 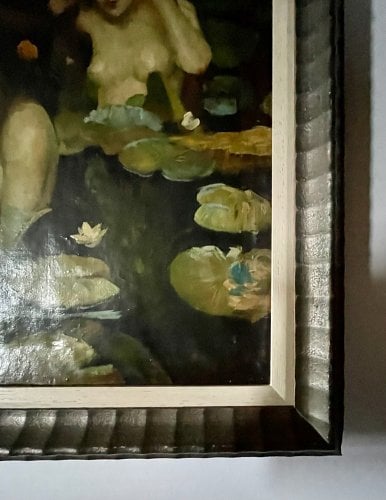 After John William Waterhouse, Hylas and the Nymphs, framed oil on canvas in pre raphealite style an attractive picture and colourful, reframed unsigned

John William Waterhouse (6 April 1849 – 10 February 1917) was an English painter known for working first in the Academic style and for then embracing the Pre-Raphaelite Brotherhood's style and subject matter. His artworks were known for their depictions of women from both ancient Greek mythology and Arthurian legend.

Born in Rome to English parents who were both painters, Waterhouse later moved to London, where he enrolled in the Royal Academy of Art. He soon began exhibiting at their annual summer exhibitions, focusing on the creation of large canvas works depicting scenes from the daily life and mythology of ancient Greece. Many of his paintings are based on authors such as Homer, Ovid, Shakespeare, Tennyson, or Keats.

Waterhouse's work is currently displayed at several major British art galleries, and the Royal Academy of Art organised a major retrospective of his work in 2009.